Home / Uncategorized / HOW TO START STREAMING? 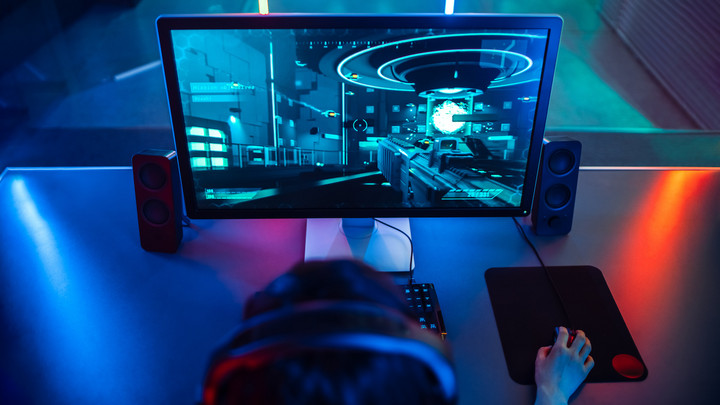 Nowadays, streaming is becoming extremely popular. It would seem that a few years ago, many did not even know the words of this, but now watching a stream is a common pastime, both for teenagers and for people of the older generation. Moreover, watching videos on YouTube or on Twitch.TV, we can conclude that among the streamers themselves there are people “aged”. That is, this phenomenon is inherent not only to the younger generation.

So what is “stream”? In simple terms, a stream is a live video broadcast. Accordingly, the one who conducts it is called a “streamer”.

It is a delusion to think that only the gameplay itself can be streamed. In fact, this is one of the most popular types of streaming. In fact, there is also unbox-stream, when the streamer, together with the audience, unpacks and examines the contents of some gift or special edition of the game (and in general it can be not only a game, but anything you like). Fans of reviewing can launch a review-stream and share their impressions of films, books, technical requirements of a game that has just been released or is about to be released, and so on. Stream can also be for communication with subscribers, where the streamer does not play anything, but just jokes, talks about himself, watches funny videos or pictures, while not forgetting to communicate with his audience. Summing up, we can say that you can stream almost anything: a game, a trip to the store, a walk in the park, and much, much more.

Why are streams so interesting?

According to the survey results, several reasons can be distinguished. The first is that not all users have computers capable of playing new powerful games, so it is easier for them to go to Twitch or YouTube and watch a video stream than to upgrade their PC. The second reason is that streaming is a good opportunity for both viewers and streamers to communicate. It is also a good way for the streamer to show his level of play or “skill”, and the viewer has a lot to learn and learn some skills for their own game. Another reason noted by the respondents is the ability to observe the reactions and emotions of the player. Most of the survey participants noticed that, emotionally, watching a stream is more interesting than watching just a recording of gameplay. Another important reason is broadcast monetization. Viewers can generously support their favorite streamer with money or “donate” to keep doing it. And if you are very lucky, the player may also be noticed by reputable companies that supply, for example, components for computers, special gaming furniture, devices, and so on. In general, streaming can be not only interesting and fun, but also quite profitable.

So you decided to try your hand at streaming

Who knows, maybe your occupation will remain at the level of a hobby, or maybe everything will turn out in such a way that it will become your main job and a way of earning income. Let’s try to make a list of what you need for comfortable and high-quality streaming, and consider each item in detail.

We advise you to immediately decide on what you want to stream for, what you want to achieve. By answering this question, you will be able to understand how much time you should devote to streaming, how much effort it will take for you, and if you really need it at all.

Once you have decided on your motivation, you should study the system requirements of the games you intend to stream and correlate them with the capabilities of your computer or console. You need to understand that modern games are quite powerful and not every video card and RAM can pull them, and even more so provide high-quality live broadcast.

Another important point for a novice streamer is to choose a platform or what you will play on. Players now have games for PC, consoles and mobile devices at their disposal. And they all, as you might easily guess, differ in their mechanics. Simply put, playing the same game on PC and console is not the same thing. In addition, a large number of games are released as exclusives to a particular platform, which will certainly cause excitement among viewers and will well increase the number of views on your channel if you decide to stream these particular games. It is not necessary to broadcast only on one platform. If you have the ability to alternate between console and PC, or PC and mobile game, then that can also increase your audience. In addition, it can help you decide on which of the platforms you are more comfortable playing on and in the future go to streams, for example, only on the PC.

Everything is quite simple here. If you manage to go to the kitchen and make yourself some tea while your page is loading, then your internet is no good. During the broadcast, the video will slow down, and the stream itself will “lag”. It will be inconvenient for you, and even more so for your viewers, who, most likely, will simply close your channel and go to another one, because we all love to watch a good high-quality video, and not suffer from constant additional downloads.

Oddly enough, but what is behind you is also quite important. You can relax and stream against the background of floral wallpaper or carpet, but this is at least not aesthetically pleasing, and can also distract your viewers from the process. To prevent this from happening, we can advise you to purchase a chroma key or colored backgrounds. They can be plastic and fabric. Fabrics are easy to roll up and put away when you’re not streaming, and they’re not as bulky as plastic ones and won’t wrinkle.

To summarize, we can only wish you good luck aspiring streamer. We hope that we were able to answer your questions, dispel doubts, and, perhaps, made you think about something that you did not even suspect. Professional streaming is a complex process that requires a lot of effort and time, as well as a lot of patience. But there is no greater pleasure than getting high praise from your viewers and recognition from other streamers, right?

Previous: How to create a webinar that’s appreciated
Next: 9 Streaming Ideas You Can Make Millions From

... or you can download
Builds:
Installation file Old versions